(Paperback Edition)
by Franz Kafka
17 reviews
Save 55%
Original Price Rs. 199.00
Current Price Rs. 89.00
| /
(View Condition Chart)
Share this:
Share on Facebook Tweet on Twitter Share on LinkedIn Pin on Pinterest
"As Gregor Samsa awoke one morning from uneasy dreams he found himself transformed in his bed into a gigantic insect. He was laying on his hard, as it were armor-plated, back and when he lifted his head a little he could see his domelike brown belly divided into stiff arched segments on top of which the bed quilt could hardly keep in position and was about to slide off completely. His numerous legs, which were pitifully thin compared to the rest of his bulk, waved helplessly before his eyes."

With this startling, bizarre, yet surprisingly funny first opening, Kafka begins his masterpiece, The Metamorphosis. It is the story of a young man who, transformed overnight into a giant beetle-like insect, becomes an object of disgrace to his family, an outsider in his own home, a quintessentially alienated man. A harrowing -- though absurdly comic -- meditation on human feelings of inadequacy, guilt, and isolation, The Metamorphosis has taken its place as one of the most widely read and influential works of twentieth-century fiction. As W.H. Auden wrote, "Kafka is important to us because his predicament is the predicament of modern man."

The book was small but so profound. This was my first Kafka book and I must say the whole book had me feel a variety of emotions. The style, the story of kafka itself everything is so subtly told yet it presses a concrete impression on your mind. This book is small so you can finish it within a day or two but the story itself is so compelling that you would always be on the edge. Just a tip, if you do not want any spoilers beforehand then avoid reading the preface in the first go. Read it after you finish the whole story! All in all a great buy! 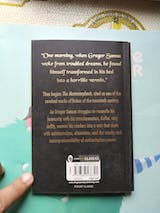 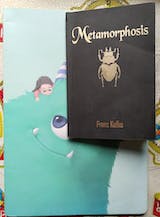 The book arrived early and also in perfect condition.. the packaging and delivery was done keeping in mind the current covid situation and was very efficient. The book itself is very interesting and though short it holds your attention till the very end , making you feel many emotions through it. Good read.